There’s nothing like walking into a modest neighborhood bar to be then pleasantly surprised by superb homemade cooking. That’s exactly what happened when I stumbled upon Florido bar in Marbella, Spain.

Most Spanish bars tapas are great but the ones I found here , no doubt, were some of the best I’ve ever had. When in Spain, I can’t go without my daily “ración de tortilla”. No matter the town, I have to have a small portion of egg, potato and onion omelet. But not all tortillas are created equal and making  the right  “tortilla” is a fine art.

The key  is to  balance the ratio of eggs to the potatoes and onions, and, of course, to season it well. Often times, tortillas are served on the starchy  side because too much potato has been added resulting in a dry omelet, and when made with too much egg, it can become a runny mess. So when you taste one made just right, tender and juicy, it’s like tasting heaven on a plate. Florido’s tortilla is a true masterpiece!

Also on the menu are  tapas of Spanish meatballs and veal cheeks with fried potatoes, among many other great selections, that can be nicely finished off with Florido’s other homemade wonder: the flan, a creamy and light caramel custard topped with freshly whipped cream. 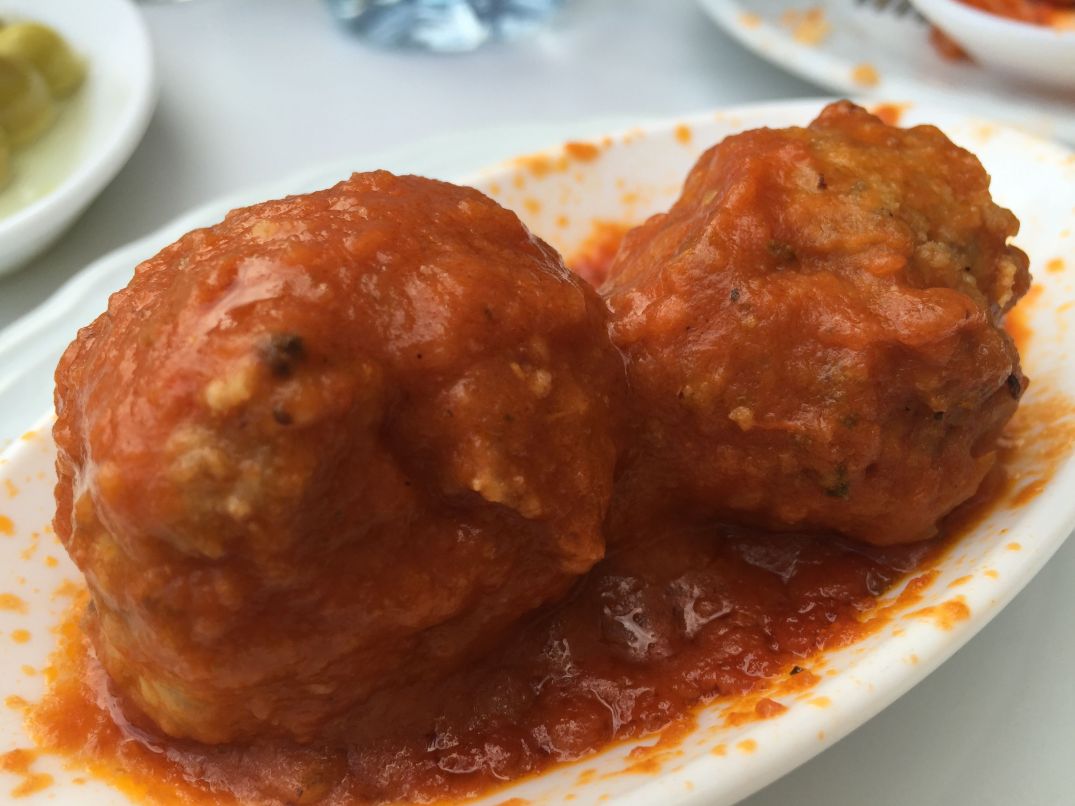 So next time you walk by a simple neighborhood bar in Spain, stop in. You might just find a culinary treasure trove hiding inside.