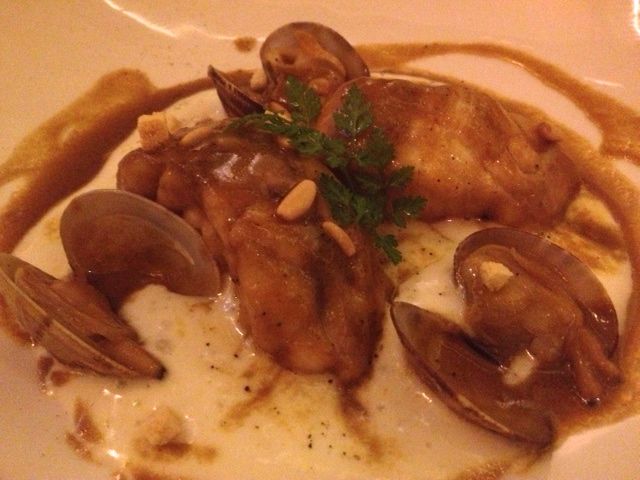 Suquet is a typical  stew that was originally made with leftovers from the local fish markets along Costa Brava.  Fishermen took home all the beaten up fish they couldn’t sell and came up with their own casserole. For a long time, Suquet a term that in catalá means juice, was considered a poor man’s meal but soon after, it  became a staple of Catalunya’s cuisine.  Nothing compares to it! It’s not a soupy dish like bouillabaisse or cataplana, but  more like a  Catalonian “tease”of a seafood delicacy that will leave you wanting more.

At Boca Grande, it’s one of its specialties and for good reason: they make some of the best in town! Although pricey  for €27,   it’s well worth it.  Among the varieties offered, I picked the suquet de rape y almejas – made with perfectly cooked morsels of meaty monkfish and tender clams served over a creamy mix of potato foam and seafood broth sprinkled with pine nuts. Light yet succulent, absolutely delicious! I could’ve easily ordered seconds but I had to contain myself. After all, I am in trendy Barcelona, not Disney World! 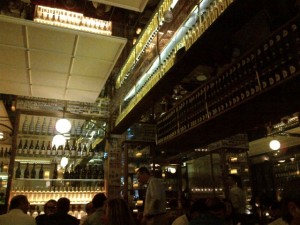